At the beginning of each class our course director Janja Song kicks things off with a question. Nothing too serious or strenuous, but something that must be answered by all, a way to get everyone involved.  Last Friday the question posed to us was ‘do we procrastinate?’ 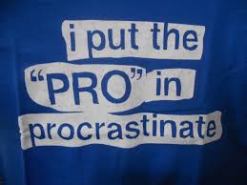 I am a procrastinator. As I write this I notice my mind dancing with the different distractions around my flat. Will I make some coffee, play the guitar, look at my phone – it’s the war of art. Like me, most of my classmates admit to this personality defect. But what if we ‘redefine the enemy’? Instead of calling it procrastination, we relabel it resistance? What if instead of it being perceived as a personal defect, we view it as something that can be overcome? By re-imagining the problem creatively, we can find new ways to tackle it.

This is the concept behind Creative Confidence, a guide to innovation and creativity by David and Tom Kelley. 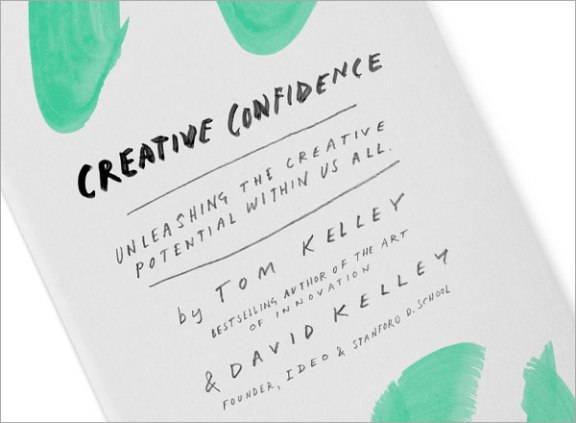 David, a founder at IDEO, and Tom, partner at IDEO and executive fellow at UC Berkeley’s Haas School of Business are brothers. The idea for Creative Confidence was conceived after David had a sobering scare with cancer in 2007. The pair decided to take a trip away and followed that by working on a project together, something that could be the result of their combined backgrounds and their upbringing. The book itself is a product of innovation and creativity. They didn’t begin by sitting down in their office to write a first draft, instead they got outside to experience the culture of another city to see what it could inspire. It is this premise that sits within Creative Confidence. The removal of fear to do things a little differently, because as said by David and Tom, “normalcy is overrated”.

The key to IDEO and the d.school in Stanford University, both run by the Kelley brothers, is their human centred approach and their belief that we are all creative. Creativity is something that we lose over time, through an education system that punishes mistakes. David and Tom say, don’t be afraid of failure or uncertainty, embrace it. Take it on like the child they describe playing on the slide for the first time and watch fear turn to excitement. This rhetoric repeats in the book many times, a key message they are trying to hit home. They tell us that creative geniuses never-failing is a myth, that ‘failure sucks, but instructs’ and don’t say ‘no’, say, ‘I could if I…’. Explained simply, they demonstrate through video game users. When Tom’s son Sean got the Tony Hawk

video game one Christmas, the family watched as Sean’s on-screen character repeatedly smashed into wall after wall and Sean himself ended up on the floor, but he was not failing, because in the world of video games, Sean knew he was on a path to learning. It is the confidence that allows him to try, fail, try again and succeed.

I know right about now you’re probably thinking that confidence alone will not make you succeed, and of course you would be right, but it is the beginning and through this beginning that the Kelley’s then prompt the reader to try other weapons in their arsenal. As I am writing, I have taken some advice on board. I have surrounded myself with a ‘supportive network’. OK, yes, it is not in the human form, but something as simple as a cup of coffee and silence is helping me concentrate – get the surrounding culture and environment right.

When I have my support network in place to write my blog, my next step is to take the route of ‘the big easy’- the easy win. I break down what I need to do into sections and straight away a huge daunting task looks more manageable.

But most importantly, take the ‘creative confidence to go’, get off your chair and onto your feet and start trying new ways to tackle things like prototyping ideas, mind-maps,

Don’t let tradition get in the way of innovation as Kodak did by being afraid to take a risk on the expansion of the digital world. Ask open-ended questions, not too broad, not too narrow and put together a bug list of problems you come across that perhaps you can find a solution for.

Take a step forward and read this book, change how you approach problems and possibly change your life, and overall, embrace creative confidence.

This site uses Akismet to reduce spam. Learn how your comment data is processed.

This blog is the hub for students on the MA Managing in the Creative Economy (MACE) programme.

Starting in September every year, MACE students spend the academic year building and running their own creative businesses. Look in the sidebar for links to student blogs to keep up to date with their progress.

This course is taught at Kingston Business School

Bright Ideas competitionDecember 1, 2019
Been there, done that.

Bright Ideas Sprint WeekendJanuary 18, 2020
Been there, done that.

Kingston University Trade FairJanuary 23, 2020
Been there, done that.

Bright Ideas FinalFebruary 5, 2020
Been there, done that.

Kingston Eden Walk Shopping Trade FairFebruary 22, 2020
Been there, done that.